Today at work, I had the most Office Space conversation.

“I know! Feels like it was just Memorial Day!”

“Really, though. Where does the time go?”

I’ve never felt so adult. I wanted to reschedule tennis practice because the babysitter cancelled, get the tires rotated on my minivan, or go take out a mortgage on a house I can’t afford. This is how the housing bubble happened, right?

Labor Day is here, whether you want it or not. In addition to marking the end of summer and the start of school in the Northeast, Labor Day commemorates the role workers played in the creation of the American economy.

Labor Day was created by the labor unions. It should be a sign of the strength the unions once held in this country that they managed to get a nationally recognized holiday in their honor. Unions are still strong today, particularly in certain industries and parts of the country. But they’re not create-a-holiday-that-gets-you-off-of-work-and-school powerful — and they likely never will be again.

If you want a sense of the strength of the labor unions in American history, look no further than your beer fridge. (Don’t have a beer fridge? Get a beer fridge. I’ll wait.) Starting in the 1960s and continuing formally until the mid-1980s, organized labor united different factions to boycott Coors beer in pursuit of better labor practices, work conditions and pay. For some, the Rocky Mountain brewed beer leaves a bad taste in their mouth to this day.

Initially, in the 1960s, a small group of Mexican-Americans began boycotting the beer. Only 2 percent of the factory workers in the Colorado plant were Mexican, and diverse applicants were subjected to a polygraph test to weed out “possible troublemakers,” according to Colorado Public Radio.

As Coors began to try to move their market beyond their Colorado home, the labor protests followed. In 1977, the A.F.L.-C.I.O, the nation’s largest union organization, got involved. They ordered all their member unions to boycott the brand and helped workers at the Coors plant in Colorado start a labor strike.

The labor strike was a failure. The Coors family, led by Peter Coors, replaced all the workers with non-union workers and dissolved the union. But while the strike was a flop, the boycott was far more effective.

“Perhaps the most startling fact in this story is that the boycott succeeded; it’s almost impossible to get the average consumer to change his purchasing habits for a social cause. But coupled with the intensifying competition, the boycott caused Coors to lose market share. In California, Coors’ slice of the market plunged from more than 40 percent in 1977 to just over 14 percent in 1984. Company profits during that span dipped from $67.7 million to $44.7 million, in spite of the fact that Coors expanded from its 11-state Western kingdom into virtually every state in the country.”

The article contributes the boycott’s success to the A.F.L.-C.I.O.’s efforts to bring other incensed groups into the mix. They reached out to Latinos, African Americans, the LGBT community and feminists, all of whom had issues with Coors’ hiring practices. They also got the National Educators Association, the largest single union in the country, to join the boycott. There was power in unity, and strength in standing up against a common oppressive experience — even if it meant giving up the cool, refreshing taste of a cheap mass-market beer.

For Coors, this was a particularly poorly-timed PR disaster. In the 1970s and 80s, the American beer industry was getting seriously competitive. Miller and Anheuser-Busch, Coors’ two biggest competitors, were beginning to invest heavily in advertising and acquisitions. Each of these three companies aspired to own the beer market in the US by the end of the century. And yet only one of those contenders was, er, contending with a massive boycott.

Eventually, the union struck a deal with Coors, which included investments in minority communities and the use of union contractors in new plants. Coors did not agree to an exclusive union contract, which left many disappointed.

And for those who were less concerned about the labor issues, and more concerned about the social side of things (i.e., Bill Coors’ public remarks about blacks having less “intellectual capacity to succeed” or the family’s long push against introducing a Chicano Studies major at the University of Colorado) the boycott continued. (Hear that, Chick-fil-a?) 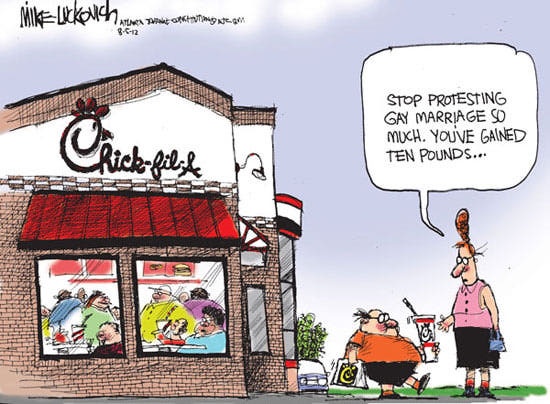 Howard Wallace, northern California’s boycott coordinator told the New York Times, the boycott “is continuing in the gay community. Coors has cost us too many lives by their support of anti-gay groups.”

As the times changed, so did the company. Eventually, in 2007, Miller and Coors merged to become MillerCoors. (The branding team really put in overtime on that one.) They are now known as one of the most gay-friendly and progressive organizations in the industry. In fact, when Peter Coors ran for U.S. Senate in Colorado in 2004, he was criticized for offering benefits to gay employees and marketing his beer in gay bars.

Peter Coors backtracked, insisting that his perceived progressiveness wasn’t a political stance, but rather, just good business. While Coors employees may not have achieved their union contract goals, they did manage to make an old white dude begrudgingly offer basic human rights to his employees.

So if you plan to celebrate Labor Day with a beer, remember those laborers who fought long and hard for the right to make that beer in reasonable conditions. Remember a time when the little guy had a voice loud enough to take down a beer conglomerate. And remember to share a moment with a co-worker, because, gee whiz, this summer sure did get away from us. I was going to hike so much!