I re-he-heaaaally hate winter weather, and living in New England means I walk around in an unpleasant chill for about half the year. I’ve developed a set of coping mechanisms, which you should feel free to borrow:

But comrades, this year, I have fallen. I wrapped myself up in my full-body-length, plush sleeping bag of a winter coat on December 1, and toddled around like a fat bowling pin, cozy in my isolation from any climate elements. (Until I got on the metro and almost passed out from heatstroke).

You know what? I don’t care if I have to wear this coat for the next six months – I’m warm, damnit, and life is too short to suffer on your walk to the grocery store. Who invented these genius coats/personal igloos anyway?

WOULDN’T YOU LIKE TO KNOW. Praise the Lord and pass the biscuits for the Internet because the answer was just a few clicks away, and more dramatic than I could have ever thought.

Edward Bauer – yes, Eddie Bauer of catalog fame! – almost froze to death so that I could wear my down jacket 80 years later, sweating it out on the MBTA and whining about my eeeeemaaaaillssss and my meeeettinggggs.

Bauer began selling outdoor equipment out of a small shop in Seattle at age 20, and made a name for himself by offering his customers a lifetime guarantee. And if it weren’t for one fateful expedition in 1935, he might have continued on this way for the rest of his life, restringing tennis rackets, shooting clay pigeons with his wife, and patenting badminton birdies.

In January of 1935, he went on a fishing trip with his friend Red Carson (obviously that was his name) in Olympia National Park, which is basically Canada and on Google Maps looks like this: 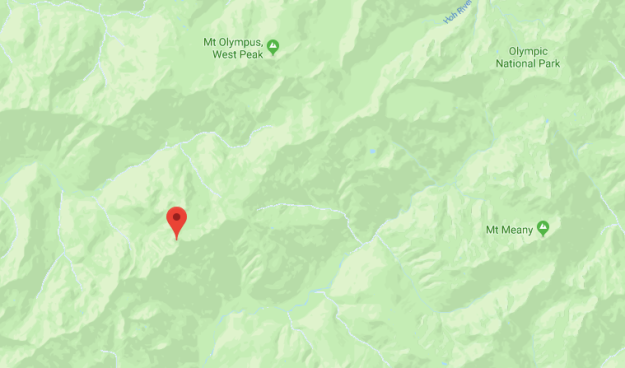 Yeah, floating in a green void near something called Mt. Meany isn’t my top pick of where to be in January. Like I said, I hate the winter. But Eddie and Red (Reddie?) must have really wanted to catch some steelhead fish, which look like this:

Again, I don’t get it. But regardless of why an otherwise rational person might climb up 300 feet out of a freezing river while carrying 100 pounds of fish in the dead of winter, we can all agree that you wouldn’t want to do it in a heavy, soggy wool coat.

So Bauer took his off, and kept climbing in his long (wool) underwear.

This caused a much worse reaction. He became hypothermic, falling asleep while climbing. He told the New York Times, “I reached to touch my back and it was ice.”

Luckily, Bauer acted fast: he fired off some shots from his rifle to get Red’s attention, and Red came and helped him get to their car (and later, I assume, a hospital). Once Bauer recovered, he got down to business to make sure this wouldn’t happen again. He experimented with goose down feathers, inspired by stories he had heard about Russian Army soldiers, and creative stitching to make a coat that was breathable, light and not bulky.

The result was the Skyliner jacket, with a diamond quilting pattern that neatly contained the feathers. Sales began to take off, and Bauer secured the patent.

A few years later, in 1942, Bauer provided thousands of sleeping bags and jackets to servicemen in World War II. A second down jacket he had created, the B-9, kept aviators warm for three hours at extreme cold temperatures and kept them afloat in water even with 25 pounds of gear. This became the official jacket of the U.S. Air Force, and cemented the Eddie Bauer brand as an American favorite.

Of course, today, you know Eddie Bauer as a mail-order catalogue, from which you can still order down jackets that are sure to keep you warm through even the most extreme circumstances. (This is not an #ad, but if Eddie Bauer OR ANYONE ELSE would like to pay us in general, for anything, that would be great.)

The brand recently reprised the original 1936 Skyliner jacket, so that these savvy Millennial men can procure a $6 almond milk latte, tell Alexa to add items to their Instacart, and swipe through Tinder matches all from the safe, cozy comfort of their down jackets. Survival! 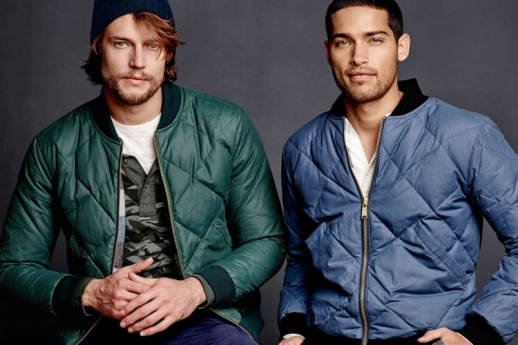 PSA: If you’re not subscribing to weekly Sistory emails, you’re missing out! Every Friday you’ll get a new post PLUS other cool historical/cocktail party chatter, and updates about what we’re doing and making. Subscribe here. View recent email editions here.