There was a week in early 2014 when the city of Prague was graced by not one, not two, not three, but FOUR Klibanoff sisters at once. (For those keeping track at home, we temporarily adopted BFF Alyssa Warren into the family for the week.) I was studying abroad there and my sisters came to visit for a few wonderful, cold, freezing, lovely, arctic days.

Never before had an eastern European city seen such a gathering of talent and brains and beauty and brawn and modesty all in one place.

It was like Vienna in 1913, except none of us would go on to become war criminals. (Yet.)

In 1913, the year before World War I kicked off and changed everything, the city of Vienna was home to a number of young men with some radical views. They all lived within a few blocks of each other, but they didn’t know each other. It was kismet! Er, kind of.

Leon Trotsky, the Marxist revolutionary and editor of dissident newspaper, Pravda, had landed in Vienna after fleeing Russia. In 1913, he was gearing up for something big – just a few years later, he would return to Mother Russia to help Vladimir Lenin stage the 1917 Bolshevik Revolution. (He and Lenin first met in Vienna years before.)

But first, Trotsky had to have coffee with a fellow countryman on the run, a man who would one day be known the world over as Josef Stalin. Stalin lived in Vienna for just a month in 1913, long enough for him to connect with Trotsky and sign on for the Bolshevik Revolution.

Making Stalin’s acquaintance would later prove fatal for Trotsky. In 1940, Stalin had him killed with an ice pick, but not before Trotsky and Frida Kahlo had a chance to really piss off her husband… but that’s another story.

Also living nearby were two young men who were about to fail upwards in a big way.

A guy named Adolf Hitler came to Vienna at the age of 16 to attend the Vienna Academy of Fine Arts. After being rejected twice, he moved into a boarding house and tried to make ends meet by selling watercolors (but that, too, is another story). He remained in the city until the summer of 1913, when Austria began conscripting young men into the army.

Josip Broz lived just a few blocks away. At the time, he was just a young, struggling factory worker who spent his money on fencing and dancing. He became increasingly involved in the labor movement as a metalworker, but left Vienna when he was drafted. Today, Josip Broz, the dancing, fencing factory worker, is remembered as Tito, the dictator who ruled Yugoslavia for decades.

Not everyone in 1913 Vienna ended up leading a revolution or dictating a country. There were a number of famous artists and musicians and thinkers living there as well, including Sigmund Freud, painter Gustav Klimt and composer Arnold Schoenberg.

(Much like Alec Baldwin/Parker on Friends, these artists and thinkers were fantastic! and amazing! but just not that important to the plot.)

Perhaps the weirdest part of all this is also the most obvious. At this time, the Austro-Hungarian empire was ruled by Emperor Franz Joseph. In 1913, his successor was living in the Belvedere Palace in Vienna, just a few blocks away from all these burgeoning political masterminds, eagerly awaiting his chance at the throne.

By 1914, that successor – Archduke Franz Ferdinand – would be dead, World War I would be underway and all of these men would be on their way to infamy.

There’s no evidence that two Russian dissidents ever rubbed elbows with a struggling painter and a factory worker. (Free political fan fic idea, tho.) And there’s no reason to believe there was anything particularly interesting in the water that turned your average Viennese residents into power-hungry monsters.

It might just be, dare I say it, a really weird coincidence that they all ended up living blocks from each other in the final moments of peace the world would see for the next few decades.

And I’m sure it’s just another weird coincidence – lots of those today, aren’t there? – but when they were done visiting me in Prague, Sister Alyssa shipped back to Kosovo (where they’ve got some thoughts on Tito, I’m sure) and Sister Caroline and Sister Corinne went on to Vienna.

But unlike 1913, it’s not like their visit to Vienna a hundred years later was followed by a period of death, destruction and global unrest and upheaval the likes of which the world had ever seen…right? 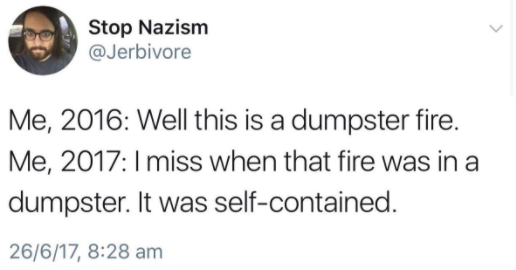