Let me paint you a picture of every weekday morning in the Klibanoff household when we were growing up.

It’s the 1990s in the Philadelphia suburbs. Bill Clinton is president; the economy is thriving; pop music is having a heyday; and, most importantly, people still read newspapers. Like, in the paper form.

This is important because our dad was a newspaper man who worked late most nights, putting the paper to bed. That meant he could go into work a little later in the mornings, putting him in charge of getting three grouchy girls up, out of bed, fed & dressed & off to school.

No one in our family is really a morning person, nor on time for anything. That’s just a fact. We operate on Klibanoff Standard Time, which is 15 minutes later than the already-late time you thought you’d arrive.

But our dad somehow rose above this to fully embrace his role as the self-proclaimed Wake-Em-Up King.

We’d be in a deep slumber (and not in the cute, delicate sleeping way – imagine a snoring, mouth-breathing preteen), dead to the world, when the Wake Em Up King would bust in the room like the Kool-Aid Man, yanking the blinds up to reveal the glaring sun, singing a Temptations song and prodding us to get up.

No dice. Ignore. Keep on sleeping.

He’d go to another sister’s room where the same scene occurred. Then he’d come back to the first room. “Quit yer dilly-dallying!” “Rise and Shine!” “It’s a bird! It’s a plane! Iiiiiiit’s the Wake-Em-Up King!”

This cycle would go on for far too long before eventually we’d rise to begin the infuriating dawdling that children have perfected: stare at the bathroom mirror in your jammies; sit back down on the bed; take five minutes to tie one shoe; eat a piece of toast one sloooow bite at a time after rejecting the oatmeal that was already made; start bickering with your sister.

You knew things were getting to Threat Level Orange when Dad would look out the window in a sudden panic, having heard the mechanical grinding of the high school bus coming down the street, which came about ten minutes before ours. He’d announce in a booming voice, “THE BUSES…ARE…ROLLLLLING!” And we’d finally get the memo and hurry up and get our butts out of the house.

What does this have to do with Denver’s first newspaper, The Rocky Mountain News, you might ask? It’s a rather long lead-in to explain that the Wake-Em-Up King, being a newspaper man, had the concept of “deadline” etched upon his soul. No matter how down to the wire those hectic mornings got, we made the bus. Success in the news business requires a sharpened sense of timing and a relentless passion for being first. And that is exactly what William Byers had that others did not.

Born on the frontier, Byers had the pioneer spirit imprinted on him from a young age as his family moved from Ohio to Omaha, Nebraska. In 1854, Omaha was a city fresh off the presses, so everything that happened there was a First. Byers became the first city surveyor. He made the first map of Omaha. He joined the first city council. He was a member of the first state (territory, actually) legislature.

But the problem with always chasing Firsts is that eventually, others start to catch on. What was Byers going to do, serve in the second city council?

No. Byers planned a move to Denver to catch the gold rush. But Billy Byers was no follower.  Rather than dig for gold, like everybody else, he hatched a plan to claim another First. He would launch Denver’s first newspaper, The Rocky Mountain News.

Byers had no experience in journalism, nor had he ever been to Denver — it would take him forty-two days just to get there from Omaha — but he had secured a printing press from a former newspaper and for Byers, that was enough.

There was one small wrinkle in his plan. Another dreamer, Jack Merrick, was planning to launch The Cherry Creek Pioneer as Denver’s first newspaper.

Byers, with the competitive instinct that made him a great newspaperman (and later, probably played a role in his reputation-ruining marital affair) would not settle for second place. He distributed the first issue of the Rocky Mountain News just days after arriving in Denver — he had written most of the articles, many about the natural beauty of Colorado, while still living in Nebraska. 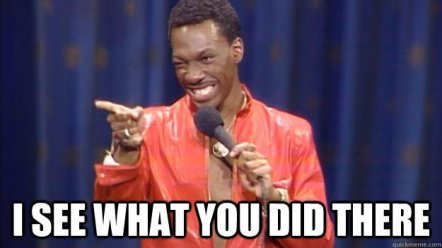 Alas, it was a tie! The Cherry Creek Pioneer and The Rocky Mountain News *both* published their first issue on April 23, 1859. Ugh. But rather than be magnanimous about it, Byers pursued the claim of “First.” A committee of citizens determined that Byers’ paper had beat Merrick’s by a mere 20 minutes. Byer was first. This was not inconsequential; the Pioneer did not last the year.

Though ruthless (and journalistically questionable) in pursuit of his dream, Byers made up for it by becoming the ultimate promoter of Denver life. His paper attracted new settlers to the area and he also established the Colorado Historical Society and the Denver Tramway Company. Now, you can buy an original copy of The Rocky Mountain News from its inaugural year for a mere $3,000.

The paper published daily for 150 years, until 2009. Though financial pressures forced it to shut down print operations, it still exists online. Hey, we can relate: though our Wake-Em-Up King long ago hung up his crown, his dilly-dallying daughters need only hear the distant rumble of a school bus to know that the time to hustle is now upon us.