When we were kids, our parents would often get us to try new foods with that classic parenting trick: “How do you know you don’t like it if you’ve never tried it?” Through this chicanery, we were forced to try buffalo meat, mushrooms, goat cheese, Indian food and all kinds of terribly delicious foods we now eat regularly.

And of course, not once have any of us ever picked up the phone to say “thank you for giving me an adult palette so I can dine out in public without looking like a fool.” That’s the raw deal of parenting — you put all this time and effort and, oh, god, the money into raising a little human who will never fully appreciate any of that.

Now, I know what my parents are thinking right now, re: my thoughts on parenting: “How do you know you don’t like it if you’ve never tried it?”

But this time, there’s a little more justification behind my feelings.

Before we had a blog to showcase all of our family’s innermost secrets, we aired our grievances to our parents through little skits, long-winded stories, and most of all, notes and diaries like these ones (not ours): 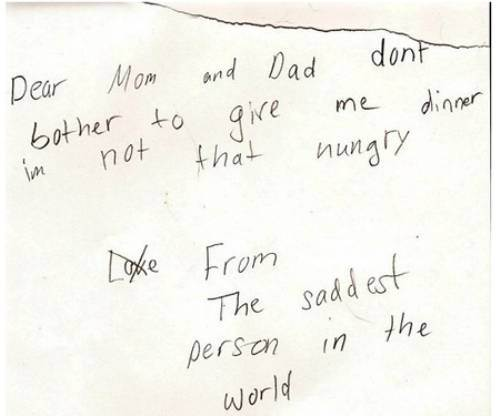 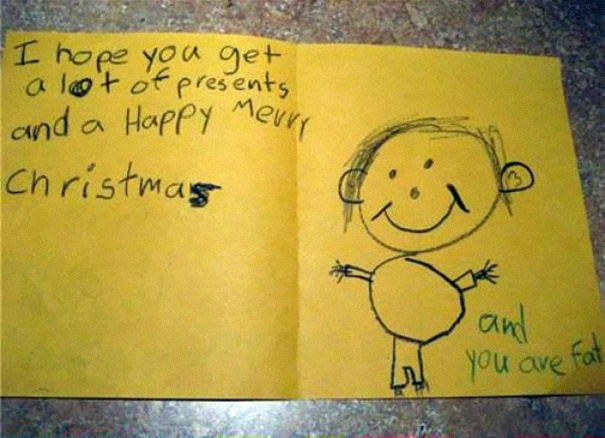 I imagine these notes must be harsh to receive, as a parent. The act of your child putting their frustrations into writing, and then delivering that message to you, their opposition, can be pretty shocking — and hard to take back.

But parents— if they’re smart — will hold onto these mean memos to one day shame their grown and slightly more grateful children.

If they’re really lucky, the sassy missive will be preserved forever, for all to see, in an official presidential archive, as was the case with this note from Franklin D. Roosevelt’s youngest son, John.

John Roosevelt was only five when his father contracted polio in 1921. The disease robbed the future president of the use of his legs and left him mostly wheelchair-bound. To cope, FDR spent time in hydrotherapy in the natural hot springs of Warm Springs, Georgia. This meant long absences from his family (which, along with presidential aspirations, resulted in some significant neglect of his children, according to historian Joshua Kendall).

And John, the youngest, was not having it.

He sent this letter to his father in Warm Springs in 1925: 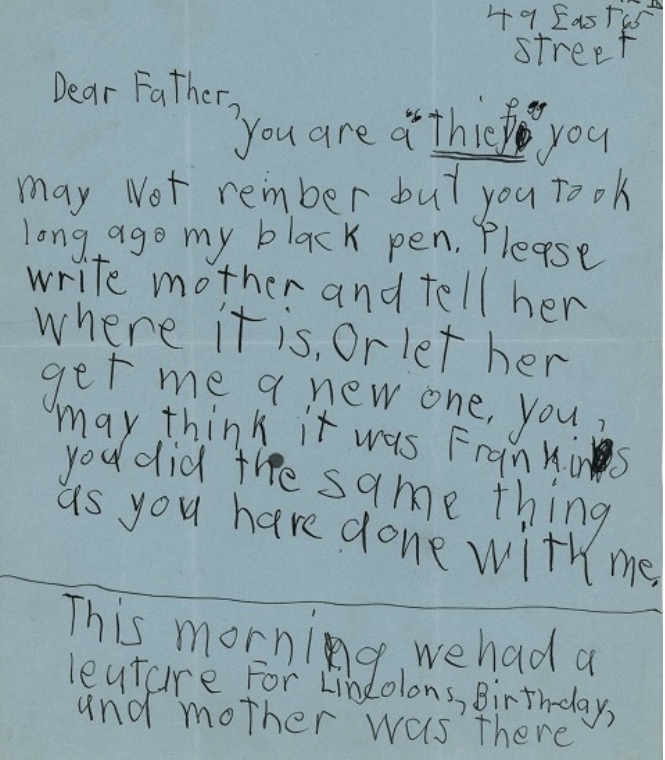 You are a “theif.” You may not remember but you took long ago my black pen. Please write mother and tell her where it is. Or let her get me a new one. You may think it was Franklin’s you did the same thing as you have done with me.

Daaaaang. First of all, lil John (not that one) coming in hot with the “YOU MAY NOT REMEMBER BUUUUT…” We’ve all pulled that passive aggressive move. Subtext: You may think you’re such a big deal that you’ve forgotten all about us little people down here, but we have not forgotten.

Then, the total dismissal of his father’s role as a parent. Subtext: just ask mom because you’re clearly worthless and at least she actually cares.

And finally, the comparison to a sibling in the same passive-aggressive tone. Subtext: You probably mixed me up with your other son, who at least bears your namesake. Just little old me, forgotten as always, cast aside like the rest of them.

The note is capped off with John’s rather unflattering drawing of FDR, all ears and “theeths”: 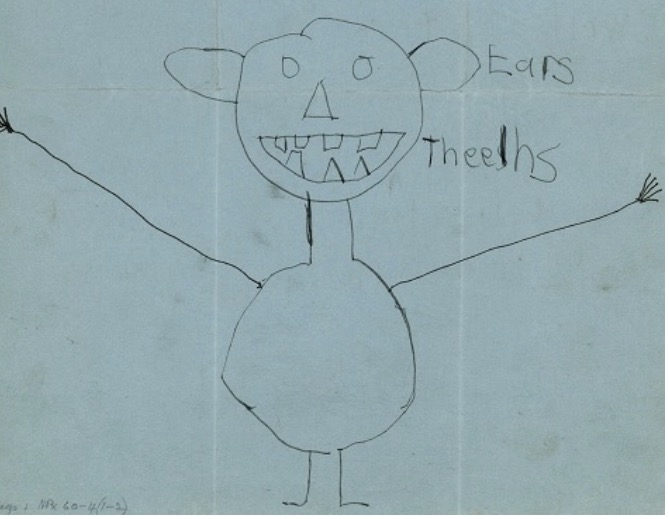 John would go on to be the least politically involved of FDR’s children, a Navy serviceman who later made a living in retail and never ran for office. (Maybe because he didn’t have a pen…) He was married twice and had four children, who probably gave him a taste of his own medicine.

Just so you don’t think I judge the young Roosevelt for wearing his bruised ego on his sleeve, I’ll share a manifesto of my own creation. The title page, not shown, reveals the headline: “TOPIC: MADNESS.”

In this classic gem, I was able to skewer both my sister and my father for wounding me deeply after a truly unjust incident. What can I say? They crossed me and I was not there to play games. 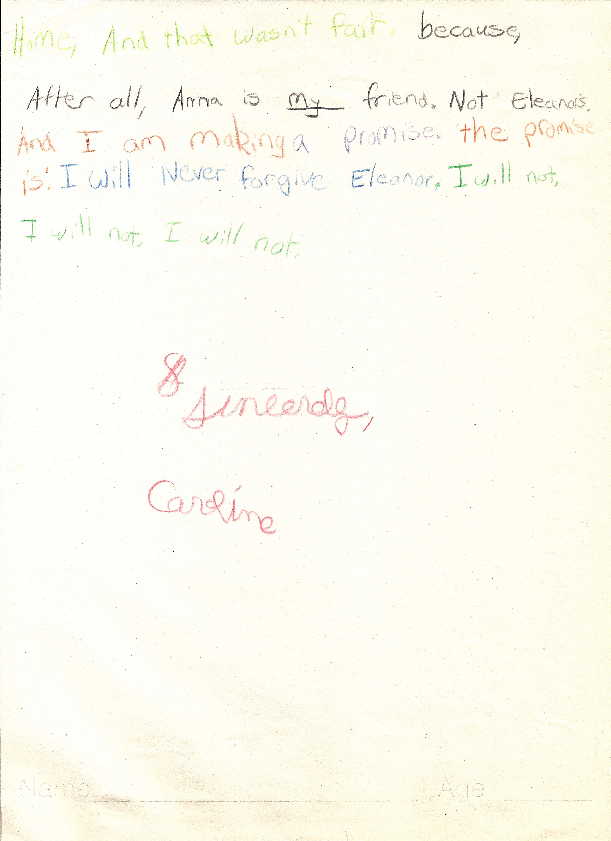 Today started out as a good day. But, it turned out as a bad one. See, first, I came home from Jessica Mann’s house. Then, I had lunch at my own house. After lunch, Anna Merener came over. We went to her house to ride bikes. Then we came to my house to play. That was fine.

When it was time for Anna to go home, that’s when it all began. Because our bikes were in the basement (*Anna’s bike too!) Dad didn’t want to spend his time getting them out. There was a big fight over who would walk Anna home. Next, I got sent to my room, Eleanor got to walk Anna home. And that wasn’t fair because, after all, Anna is my friend. Not Eleanor’s.

To which, I’m sure, my parents asked, “How do you know you won’t forgive her if you haven’t tried?”

PS: In case you’re wondering where John Roosevelt got his letter-writing sass, it was definitely from his mother.